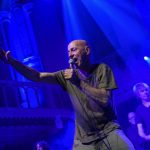 Barry started in ’77 playing keys with XTC and after two albums started his own band Shriekback in ’81, with whom he’s had 14 releases plus some solo albums. He’s known for inventive soundscapes placed over solid grooves and philosophical lyrics delivered in a low chant.

We discuss three Shriekback tunes: “Such, Such Are the Joys” from Why Anything? Why This? (2018), “Amaryllis in the Sprawl” from Glory Bumps (2007), and “Stimulate the Beaded Hamster”/”Pond Life” from Naked Apes and Pond Life (2000). We conclude by listening to a solo tune, “Virgin of the Ladder” by Barry Andrews from Contaminated Pop (2019). Intro: “Nemesis” from Oil & Gold (1985). For more, see shriekback.com.

Sponsor: Visit masterclass.com/EXAMINED for $30 off a MasterClass All-Access Pass. 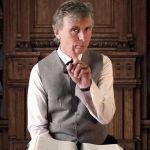