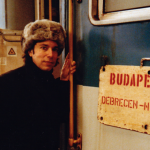 Brian’s been writing music and music journalism since the late ’60s, has produced artists like Taj Mahal, Lucinda Williams, and Ollabelle, and has released three solo albums and an EP since 2008.

We discuss “Killing The Dead” (and discuss “Wrong Birthday”) from Winter Clothes (2020, written with now-deceased Ollabelle guitarist Jimi Zhivago), discuss “And She Said” from The Opposite of Time (2016), and “The Promise” from All Fires The Fire (2008). Intro: “The Book of Sleep” by OK Savant, recorded live at CBGBs in 1990. For more, see briancullman.com.