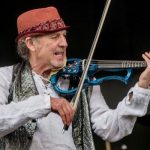 David played in perhaps the most revered line-up of King Crimson at the end of its original run from ’72-’74. He released his first “solo” album (as Low Flying Aircraft) in ’87, then eight more under his own name plus several collaborations.

We discuss “Predator” by Cross and Jackson from Another Day (2018), “The Pool” by The David Cross Band from Sign of the Crow (2016), and “Awful Love” from Closer than Skin (2005). We conclude with the title track from Crossover by David Cross and Peter Banks (2020). Intro: “Exiles” by King Crimson from Larks’ Tongues in Aspic (1973). For more, see davidcrossband.com.

Sponsors: Get 15% off an annual membership at MasterClass.com/examined. Visit nebia.com/nem and use code NEM for 10% off your shower upgrade and accessories. 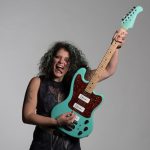