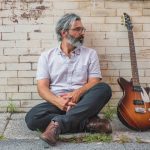 Mike has put out 18 releases of largely instrumental guitar music since 2004 and is now playing with legendary bassist Mike Watt and with drummer by either Jim Keltner. 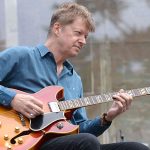 Though best known as lead guitarist for Wilco since 2004, Nels has recorded 30+ instrumental albums, often as band leader. We discuss “Headdress” by The Nels Cline Singers from Share the Wealth (2020), “The Nomad’s Home” from Coward (2009), and “Fives & Sixes” from his first solo release, Angelica (1987). We conclude by listening to “Imperfect Ten” by The Nels Cline 4 from From Currents, Constellations (2018). Intro: “You Are My Face” by Wilco from Sky Blue Sky (2007), co-written with Jeff Tweedy. More at nelscline.com.

Sponsors: Get 15% off an annual membership at MasterClass.com/examined. Visit nebia.com/nem and use code NEM for 15% off your shower upgrade. 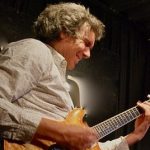