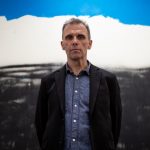 Cathal started in Ireland in 1980 with Microdisney, and after five albums with then broke that up to form Fatima Mansions in 1988. After seven albums with them, he started a solo career and has now after a decade-long hiatus (during which he released a few collaborations) has come back with his sixth solo release Song of Co-Acklan. We discuss “Unrealtime” and (in closing) hear the title track from that album, plus “Denial Of The Right To Dream” from The Sky’s Awful Blue (2002) and “Valley of the Dead Cars” by The Fatima Mansions from Against Nature (1989). Intro/outro: “Town to Town” by Microdisney from Crooked Mile (1987). For more, see cathalcoughlan.com.

Sponsor: Get 15% off an annual membership at MasterClass.com/examined.