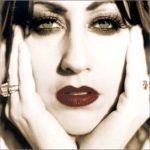 Carrie fronted Seattle grunge favorite Hammerbox in the early ’90s, then moved to the more poppy guitar rock band Goodness for the latter part of the decade, and released three solo albums in the ’00s. The overall movement is from harsh exuberance to quiet reflectivity, and Carrie’s role evolved with her starting off as new newbie to rock bands singing over already-composed music and ending up in a much more controlling position, as she experiments with different musicians to get deep textures.

We discuss “No” from Hammerbox’s Numb (1993), “Cozy” from Goodness’s Anthem (1998), and “Reflection” from her solo album Home (2000). We also listen to “Coat of Arms” from the Rockfords’ self-titled 2000 album (a band that features members of Goodness as well as Mike McCready from Pearl Jam), and the opening music is Hammerbox’s single “When 3 is 2,” also from No.

Hear some more conversation about Carrie’s most recent musical efforts and other topics with bonus songs by signing up for a recurring donation, then clicking here.