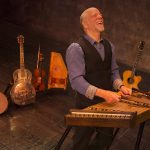 John has released 45 albums since 1975 of original folk, traditional folk, children’s music (garnering six Grammy nominations for those), and instrumentals: He is fluent on guitar, banjo, violin, dulcimer, and more.

His songs very often tell stories, and we discuss several of those: “Atonement” from Bucket List (2021), “Soup” from Wintersongs (1995), and “Water from Another Time” from Gonna Rise Again (1987). We end by listening to “The Night John Prine Died” from Cabin Fever: Songs from Quarantine (2020). Intro: “Christmas in the Trenches” from Winter Solstice (1984). For more, see folkmusic.com.

Sponsors: Gift one annual membership and get one free at MasterClass.com/examined. Get 3 months free of Amazon Music Unlimited at Amazon.com/nempod. 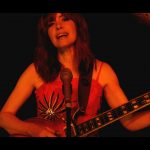 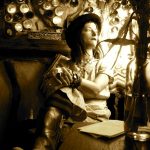 Amy has recorded nine albums of emotionally stark but often artistically decorated original folk music, punctuated by cover tunes like the opening music here, Townes Van Zandt’s “Buckskin Stallion Blues,” which appeared in the film Three Billboards Outside Ebbing, Missouri.
We discuss “Mouth to Mouth” from The Autopilot Knows You Best (2000), “The Nightjar’s Blues” from The Cimarron Banks (2010), and “Natural Arc” from Songs for Creeps (2006), which also contains our closer, “I’m A-Gone Down to the Greenfields.” Visit amyannelle.bandcamp.com.