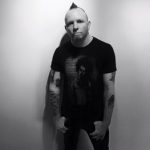 Todd held down the beat and wrote some songs for Grand Rapids, MI’s Molly in the ’90s through 2003, then wrote more songs and sang a bit for Dutch Henry for about ten years, then pushed forward to sing and write all the songs for his projects The Star Darts and now Cartorson.

Featuring Cartorson’s “The Last Time” and “Hearts on the Highway” from the new Richfield Skyline EP, “Say It” from Shooting Star Darts (2014) and “44 Days” by Dutch Henry from All That Space (2007). Opening music: Molly’s “Another Day of Regrets” from The Finger (2002). Learn more at toddlongmusic.com.