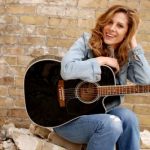 Beth fronted Clear Blue Betty from 2000–2007, then in 2009 became a solo artist, co-founding Madison’s Girl’s Rock camp and letting music consume all of her professional life. She’s a classic singer-songwriter whose mission is to help others unlock their creative rockery.