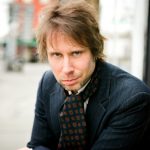 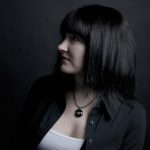 Lindsay has released four albums and an EP of depressed alternative rock under the band name Gretchen’s Wheel since 2015, providing a modern model of accessible yet professional DIY recording.

We focus on Black Box Theory, covering “Untethered,” “Tatyana,” and “Plans,” plus “Save the Day” from Sad Scientist (2017). Intro: “Total Loss” from Fragile State (2015). For more, visit gretchenswheel.com.