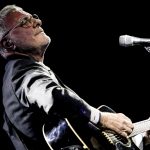 Steve started fronting Cockney Rebel in the early ’70s and has released a dozen albums of of narrative-driven, tuneful songs.

We discuss “Compared with You (Your Eyes Don’t Seem to Age)” and listen to “Only You,” his two originals from his new solo album Uncovered (2020) then look back to “Faith & Virtue” from Stranger Comes to Town (2010) and Cockney Rebel’s “Bed in the Corner”/”Sling It” from The Psychomodo (1974). Intro: “Make Me Smile (Come Up and See Me)” by Steve Harley & Cockney Rebel from The Best Years of Our Lives (1975). Learn more at steveharley.com.

Visit masterclass.com/EXAMINED for 2-for-1 on MasterClass All-Access Pass. 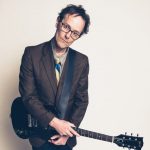