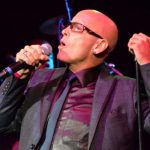 Clive is the guy who dreamt up the melodies and initial motifs for “The Promise” and other songs for When in Rome in the late ’80s, and after leaving the business for a while, the continued use of that one big song (most notably for the Napoleon Dynamite closing sequence) enabled his return to touring and recording.

We discuss two songs from his solo album Independence (2013), “Fall” and “Just Another Love Song,” and then look back to the 1988 self-titled When in Rome album for “Something Goin’ On.” We close by listening to a 2016 single performed with his fellow WIR frontman Andrew Mann, “Lost (Driving All Night).” The intro/outro music is of course “The Promise.” Hear more Clive at soundcloud.com/clive-farrington1.