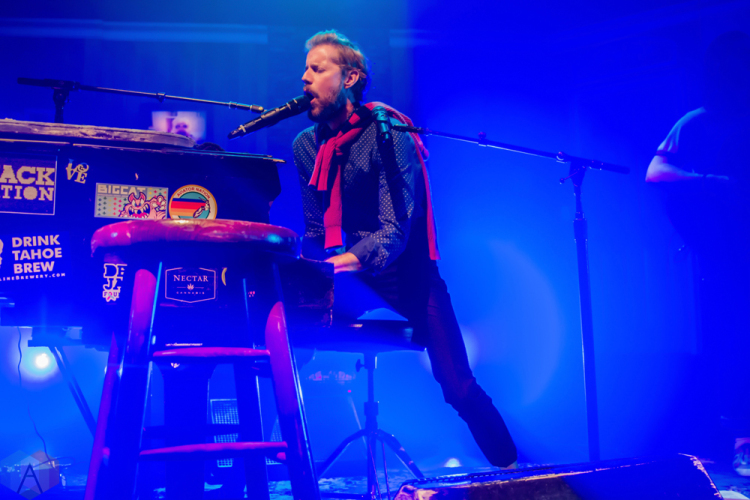 Andrew has put out nine albums and a few EPs of piano-and-vocal-based pop since he was in high school in the late ’90s, first with the more guitar-heavy Something Corporate, then starting in 2004 as Jack’s Mannequin, and then since 2013 as Andrew McMahon in the Wilderness, with whom he’s had his biggest hits.

We discuss “Blue Vacation” from Upside Down Flowers

, “Me and the Moon” by Something Corporate from North

(2003), and conclude by listening to “Swim” by Jack’s Passenger from The Glass Passenger

(2008). Opening music: “I Woke Up in a Car” by Something Corporate from Leaving through the Window

Watch the videos to his most popular songs, “Cecilia and the Satellite” and “Fire Escape.” “Dark Blue” is another big one from Jack’s Mannequin. Here’s a recent live show. Here are a couple of live tracks with him playing solo. Here’s the trailer for Dear Jack, the film about Andrew (narrated by Tommy Lee!).