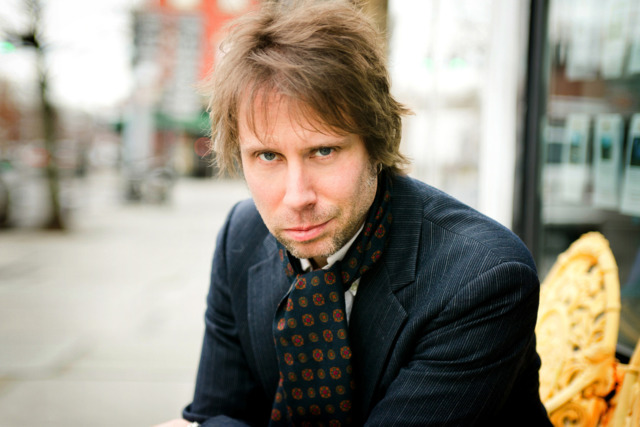 Peter started in the hardcore punk band, Sand in the Face (you’ll hear their brief “Teenage Life,” written by Paul Schraft and recorded in 1983 for a compilation), and then used the blues to add depth for his band the Chrome Cranks, which formed in 1988, released four studio albums and a live album in the mid-1990s, then reunited for another in 2012. The band also featured guitarist William Gilmore Weber (GG Allin), drummer Bob Bert (Sonic Youth), and bassist Jerry Teal. Since then, Peter has been a music journalist and author, writing about the Ramones

, and others, with occasional musical projects. We discuss his new single “Bomb Train Blues” (2018) with the band Young Skulls, Chrome Cranks tracks “Dark Room” from The Chrome Cranks

(2012). We conclude by listening to “Purge 4” from Purges by Peter Aaron and Brian Chase (2016). Intro/outro: “Hot Blonde Cocktail” by the Chrome Cranks from Love in Exile

Here’s the video for “Hot Blonde Cocktail.” Here’s a live Chrome Cranks set from their 2009 reunion, and here they are in 2013. Here’s Peter live improvising with Bill Brovold.

Brian is currently promoting the book he helped Richie Ramone write, I Know Better Now: My Life Before, During and After the Ramones

featuring Jason by Sand in the Face was released in 1986; you can hear it in full here. Another project I especially liked that we didn’t have time to talk about was his 2012 collaboration with Stanton Warren called Avondale Airforce

(2012), which you can listen to here. It mixes trippy, atmospheric guitar instrumentals with more traditional songs, generally much lighter than Chrome Cranks.