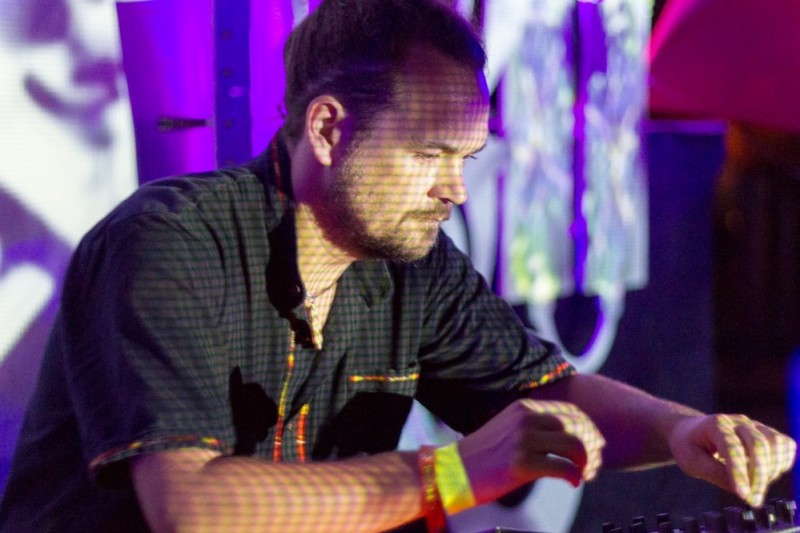 Steve started producing tracks for dance clubs in 2007, producing over 40 tracks before changing up his style in 2013 to slow things down, carve out more space for spontaneous performance, and develop what he calls “audio alchemy” over a few EPs, many collaborations, and two recent albums.

We discuss “Equinosis” from the Mercurial

album (2016), and the title track from his Wanderlust

EP (2013). We conclude by listening to “Origins” by Hedflux and Alex Delfont from Kin

Here’s a cool video someone made to “Music Is My Weapon,” and here’s another fan-video track of a relatively early work, “Fractal Funk.” Here he is doing some live DJing.

Here’s Steve explaining “audio alchemy” at great length, and here he is demonstrating some of his equipment. Here’s another interview going more into his background, among other things.