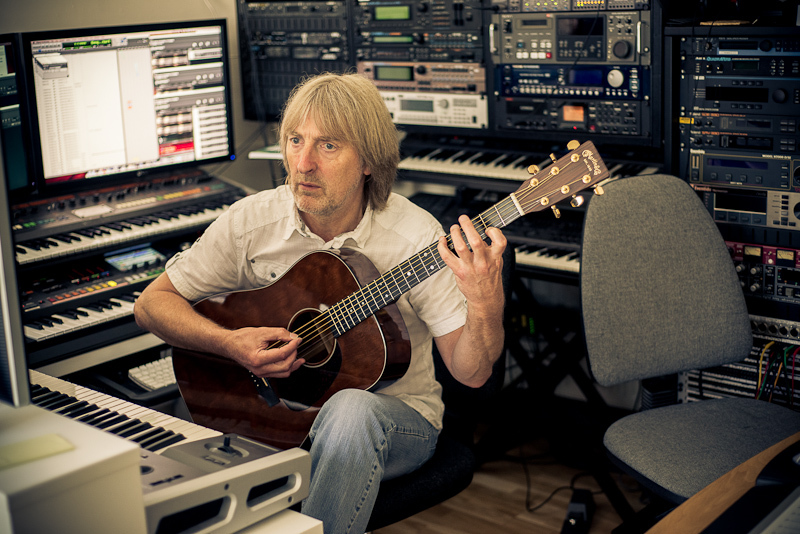 Anthony was the original guitarist and a key songwriter in Genesis 1967–1970 (establishing their “pastoral” sound), released some prog rock albums in the ’70s, then shifted largely to a mix of acoustic guitar pieces and synth soundscapes, often for soundtracks.

We discuss “Nocturne” from Seventh Heaven

(2012), co-credited to Andrew Skeet, who added the strings to the solo classical guitar recording Anthony did of this song for the album Field Day

co-credited to Joji Hirota; and “Magdalen” from Sides

We conclude by talking about his approach to lyrics and listening to “Sanctuary” from Private Parts & Pieces 8: New England

(2012). For more information, see anthonyphillips.co.uk. Most of these songs appear on the Harvest of the Heart

Ant’s best-known solo album is actually his first, The Geese and the Ghost, which started as a collaboration with Mike Rutherford and features some Phil Collins vocals. My favorite, which largely established his future direction, was another album from around the same time (mid-to-late ’70s), Private Parts & Pieces. Here’s a long interview that goes over the days with Genesis and early solo pretty thoroughly. Here’s another song from Seventh Heaven that’s a more heavily orchestrated. Here’s his album 1984 that comes up a few times.

Here’s that full “Musical Box” demo, plus the eventual version by Genesis (which Ant doesn’t play on). Here’s his best-known song with Genesis, “The Knife.” Here’s a 1996 live promo performance (with singing!).

If you enjoy this interview, be sure to listen to the episodes with Anthony’s replacement in Genesis, the equally talented Steve Hackett.