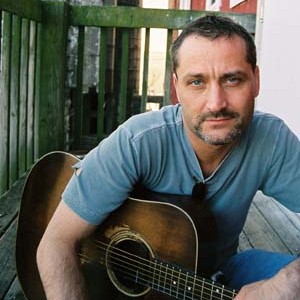 Bob leads the Madison, WI band The Getaway Drivers; he shares the vocal duties with his wife Shiela Shigley. Though Bob has displayed a lot of affection toward old-timey, world-weary music since starting off his major songwriting efforts around 2000 at the ripe age of 28ish, The Getaway Drivers’ new album Bellatopia

is a conscious attempt to break with that, though Bob still likes telling stories informed by nostalgia for a long-gone past.

We discuss “Suburban Summer Shine” and “Signs” from the new album, as well as “Stuck” from the Bob Manor 2005 album Ghosts of Yesterday

. We end by listening to “Stay” from The Getaway Drivers