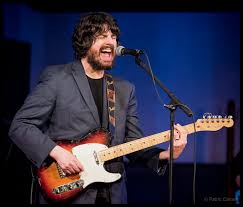 David has recorded seven albums since 2000. Usually one wants to avoid the term “Beatlesque,” but David is a Beatles freak who once recorded his performances all 209 Beatles songs over 209 days.

Here’s another rendition of David’s Steve Jobs story and all those Beatles renditions from Business Insider magazine. Here’s a trailer for his current album. Here’s a bit of his Sun Studio tour and his older song “Sand in the Hourglass.” Here’s a nice live version of “If I Don’t Make It Back.”