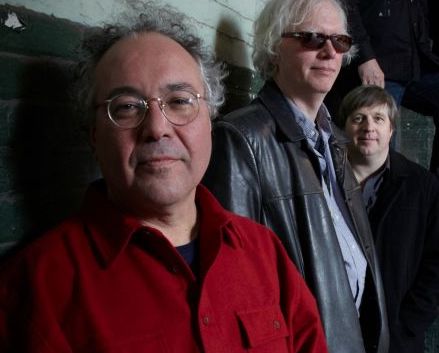 Kim is a poet, archivist, and New York City tour guide who seemingly knows every musician in the city.

, recorded for his 60th birthday by his friend Don Fleming and the “Dream Band” of Joe Bouchard (bass, formerly Blue Öyster Cult), Steve Shelley (drums, Sonic Youth) and previous NEM guest Gary Lucas. We focus on the songs “Circle’s Gotta Go” and “Arizona Burning,” and conclude with “Claudine.” We also discuss “I Comb My Hair with My Hand” by Jad Fair and the Shapir-O’Rama from We Are the Rage

(1996), which Kim wrote and sang co-lead on. Intro/outro music: “East Side Story” by When People Were Shorter and Lived Near the Water from their final album, Bill Kennedy’s Showtime

Another good plum plum song is its opening tune, “Walking the Trash Line,” and we also refer to the near-instrumental “The Thing That Is.”

We refer at the beginning to When People Were Shorter’s version of “Broomstick Cowboy” and their version of “I Loves You Porgy.” Here’s Kim live yelling and playing a toy saxophone against Don and Andrew WK. Here’s some more recent Jad Fair.