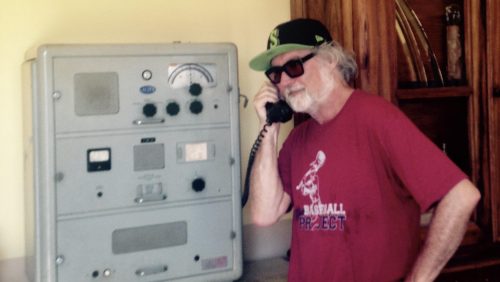 Scott established himself fronting Seattle’s Young Fresh Fellows starting in 1981, then around 1994 joined R.E.M. as a recording/touring member and started The Minus 5 with R.E.M.’s Peter Buck.

(2016). We conclude by listening to “Another Ten Reasons” by Young Fresh Fellows from Tiempo De Lujo

Here’s Scott performing another one of the Monkees-related tracks from Of Monkees and Men, “Davy Gets the Girl,” and here’s a full-band set from 2016. Here he is live with Steve Wynn and R.E.M.’s Mike Mills in The Baseball Project, live in 2014. Here’s a Vintage Young Fresh Fellows video for “Still There’s Hope” and a recent live performance of “No One Really Knows.”

Here’s Scott performing with Wilco’s Jeff Tweedy; The Minus 5 and Wilco recorded a collaborative album called Down with Wilco