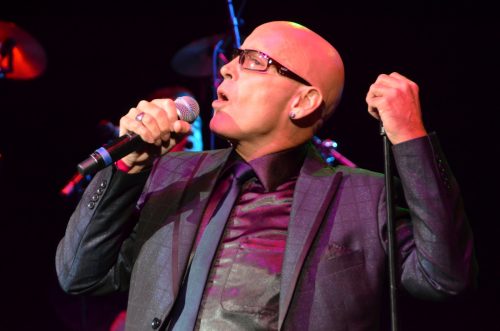 Clive is the guy who dreamt up the melodies and initial motifs for “The Promise” and other tunes for When in Rome in the late ’80s, and after leaving the business for a while, the continued use of that one big song (most notably for the Napoleon Dynamite closing sequence) enabled his return to touring and recording.

We discuss two songs from his solo album Independence

for “Something Goin’ On.” We close by listening to a 2016 single performed with his fellow WIR frontman Andrew Mann, “Lost (Driving All Night)

.” The intro/outro music is of course “The Promise.”

Hear more Clive at soundcloud.com/clive-farrington1, which includes an orchestral version of “The Promise,” music by Outlaw that he mentions, and more. There’s also a separate page there for Clive’s pre-WIR band, “Beau Leisure.” Here’s Clive’s Facebook page.

Here’s the video for the big song, and here’s Clive singing it live now. Here’s an intimate, recent live performance by Clive and Jon Brooks.

Check out this Rock Talk interview that focuses more on “The Promise,” his ’80s days and revival shows, and touts the superiority of electronic music over guitar rock. Here’s a news story about the whole dispute over the band name, and here’s Michael Floreale’s When In Rome II’s slower, more theatrical take on “The Promise.”