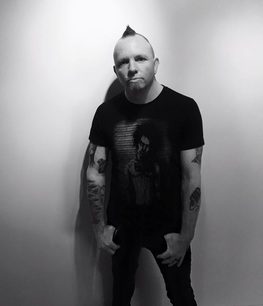 Todd held down the beat and wrote some songs for Grand Rapids, MI’s Molly in the ’90s through 2003, then wrote a few more songs and sang a bit for Dutch Henry for about ten years, then pushed forward to sing and write all the songs for his projects The Star Darts and now Cartorson.

We discuss Cartorson’s new Richfield Skyline EP, specifically “The Last Time,” plus “Say It” from Shooting Star Darts (2014) and “44 Days” by Dutch Henry from All That Space (2007). We wrap up by listening to Cartorson’s “Hearts on the Highway.” Opening/closing music: Molly’s “Another Day of Regrets” (written by Johnny Griffes) from The Finger (2002).

Learn more about Todd and his various projects at toddlongmusic.com.

Here’s Todd doing a Song Self-Exam for “Hearts on the Highway” at our bequest! You should do one of these too!

Here’s that slick video of “Say It,” and here’s the Star Darts live in 2014 (featuring those Green Dayish vocals I pointed out). Here’s Todd singing solo on a dock in 2012, and outside Dutch Henry’s studio in 2010. Here he is playing covers at a casino.

Dutch Henry is a swell band; here’s one of their videos with Greg Miller singing. Here they are live playing 44 Days in 2010. Here’s Molly playing “Another Day of Regrets” on TV during their 2010 reunion. Here’s a slick video of one of the songs Todd wrote for Molly.

Here’s Todd’s drumming/stick twirling on proud display. Here he is from a gross camera angle playing with Verve Pipe in 2016 for their big single “The Freshman” and other songs. And apparently he had another short solo recording project, “Captains n’ Calvaries,” in 2014, featuring this song and this one.