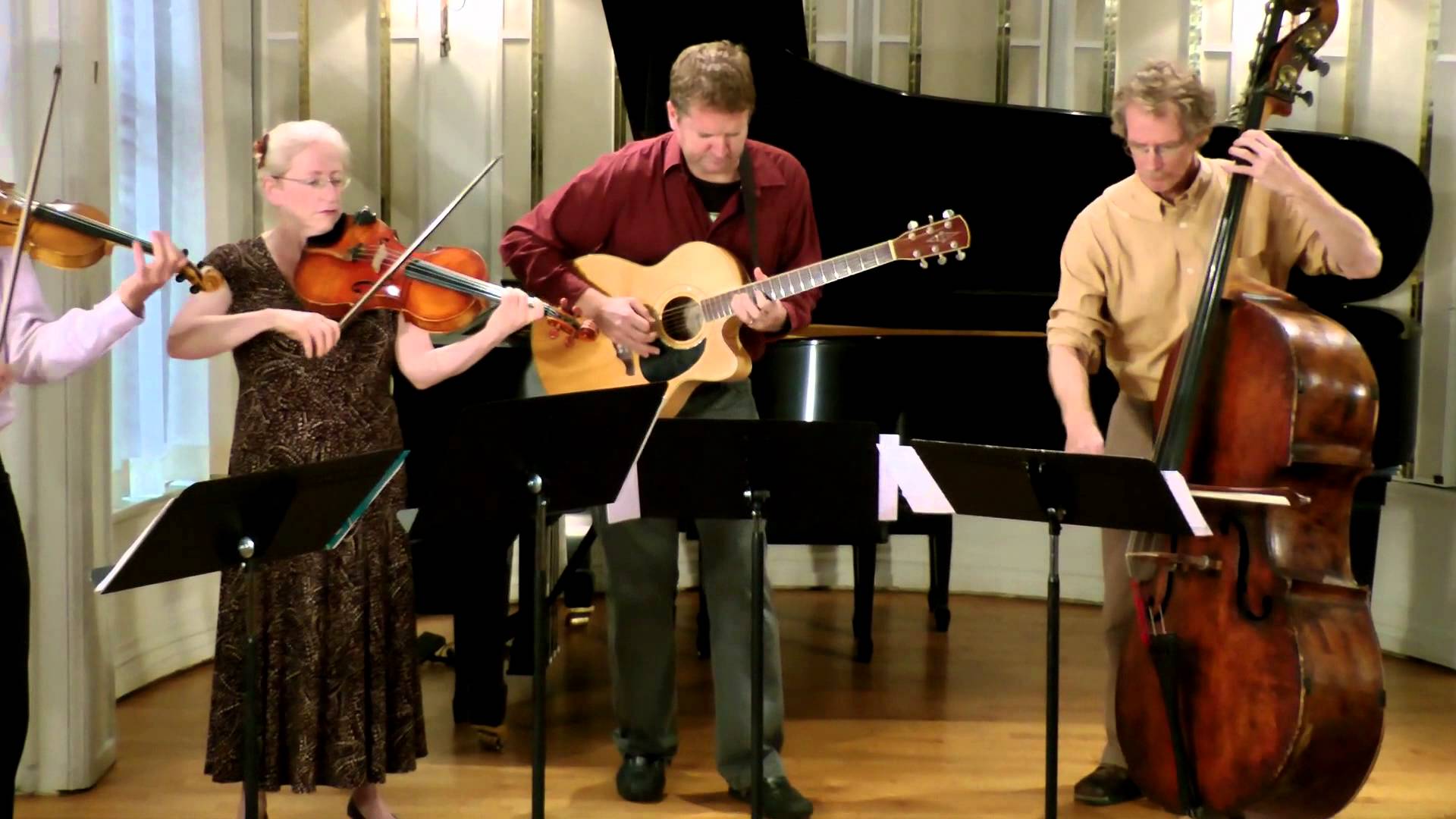 Jason fattens out his eclectic guitar pieces by writing string and horn parts, and The Jason Seed Stringtet includes members of the Chicago Symphony sawing away furiously.

We’ll discuss “Ishtar,” a Bulgarian/Latin-inflected piece from In the Gallery (2013), “Any Night Now” a more traditional chamber jazz number from 2015, and the Zappa-esque “Mammoth” from the Jason Seed Exlier Ensemble’s album 3 (2008). We’ll wrap up by listening to “Pinch” from the Stringtet’s The Escapist (2010). Intro music: “Invocation” from In the Gallery.

Hear more at jasonseedmusic.com. Watch the Stringtet plus Yang Wei on pipa play “Pinch.” Watch an interview with Jason where he elaborates on the development of his guitar technique. See a string quartet (without Jason!) perform his “Loki in Picasso’s Tuxedo.”