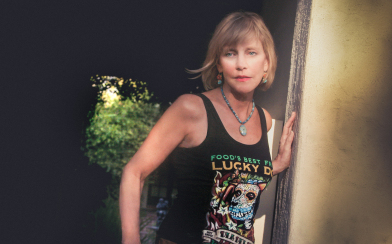 Jill was part of a 3-woman vocal band in the ’80s called The Life is Grand Band, and then in 1995 released Songs About Sex & Depression

, and only in 2015 unveiled her long-awaited study of the dark psychology of fairy tales, A Handmade Life

Watch Jill and her husband/producer Joel Wachbrit perform and further explain “Letters from Murdertown”; here’s another explaining more about the project and playing another song from the album, “Completely Unaware.” Here’s another new interview with both of them about the album, and here they are playing one of my favorite Byrds songs “Feel a Whole Lot Better.”

Here’s a rundown of that story “Vasilisa the Beautiful” that “Eyes of Fire” focuses on.

You can get more information and read lyrics at jillfreeman.com.

Here’s her band all dressed up in carnival garb: