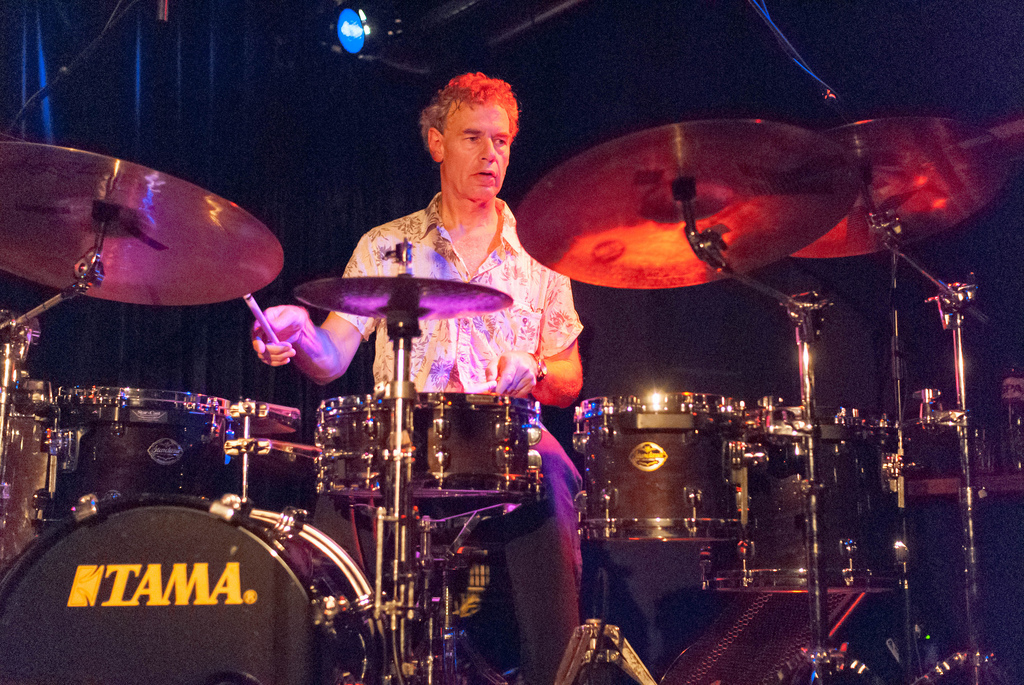 Bill played with all of your top three ’70s prog bands, as the original drummer for Yes, a default member of King Crimson, and even briefly played live with Genesis. His near-final foray into pop stardom was with U.K. in the late ’70s, but most of his output has been with his own jazz-inflected bands Earthworks and Bruford, as rock proved too confining for his rhythmic and tonal creativity.

We discuss King Crimson’s “One more Red Nightmare” from Red

by Bill Bruford, Eddie Gomez and Ralph Towner (1992), and “The 16 Kingdoms of the 5 Barbarians” from Every Step a Dance, Every Word a Song

by Bruford (1979), and also during the intro you’ll hear “Five Per Cent for Nothing” from Fragile

Learn more at billbruford.com. Here’s more interview with Bill and one of the performances from his initial meeting/show with Michel Borstlap that I refer to in our discussion. Here’s Bill demonstrating electronic drums in 1986. And here he is in that Yes reunion (technically “Anderson Bruford Wakeman Howe“) around 1990 (this is the tour where I saw him live), including a very long electronic drum solo starting about 3:30 in. Here’s a later incarnation (2002) of Earthworks live, going full throttle. Here he with the band U.K., and then within about a year of that, live with his quartet Bruford (every member of which I’d like to interview). And if you doubt how difficult Bruford’s composition for Yes’s “Five Per Cent for Nothing” is, here’s the band without him in 2014 trying to play it. Here’s the trailer to that documentary about neurotic classical musicians that Bill brings up.