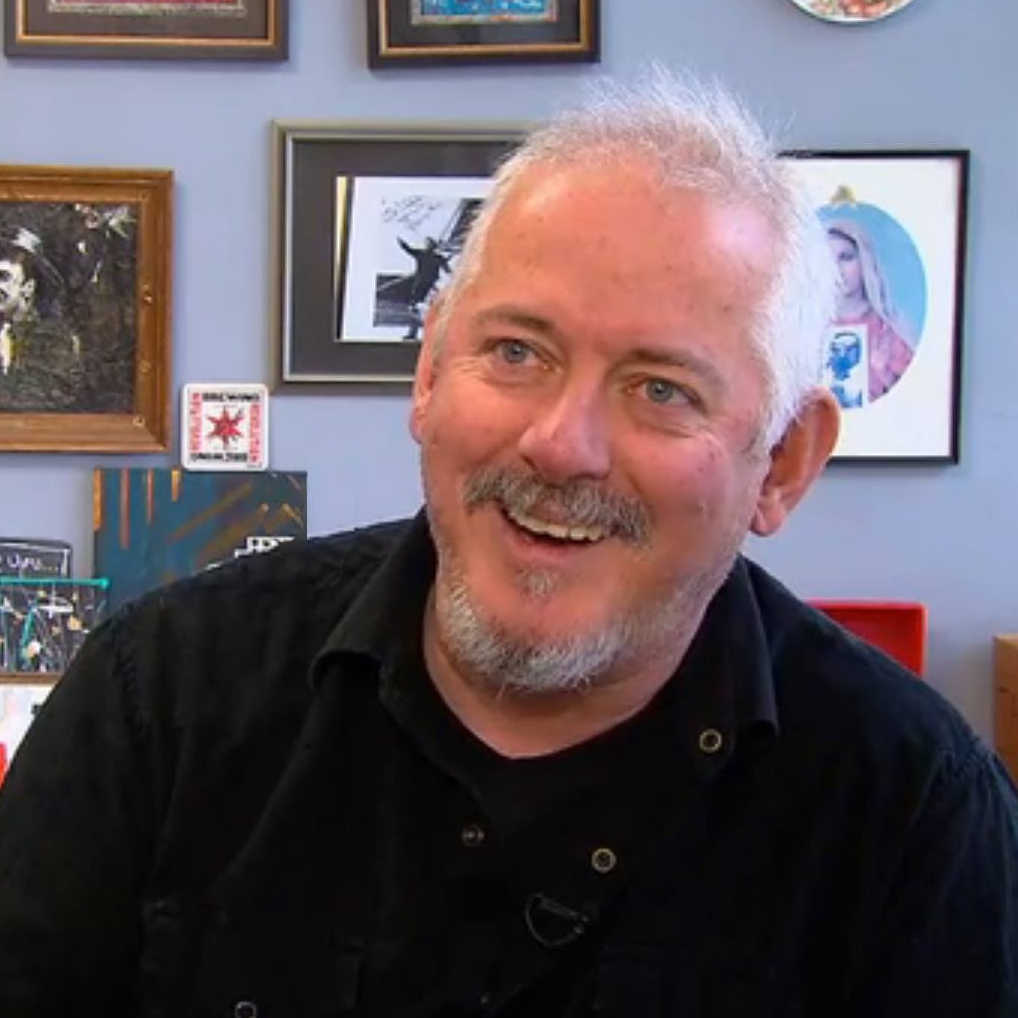 Jon has been a key member of art collective The Mekons since 1977, injecting country/folk/reggae/etc. influences into a seminal punk band to create an inimitable melange that has put out 19 albums, plus he puts out solo albums and is involved with many side projects including the country-punk Waco Brothers. His formula, whether dealing with his own songwriting, with how his work gets churned by the Mekons machine, or when producing other musicians, is don’t overthink it.

(2014) and two Mekons songs: “This Funeral Is for the Wrong Corpse” recorded in 1991 and released on I Have Been To Heaven And Back: Hen’s Teeth and Other Lost Fragments of Unpopular Culture, Vol. 1

We conclude by listening to the title track from the 2016 Waco Brothers album Going Down in History. Intro/outro music is from “Mephis Egypt” from The Mekons Rock ‘n’ Roll

Watch the videos for “Lil’ Ray O’ Light” and “Memphis Egypt.” See “Cockermouth” live featuring Jon’s filthy dancing. Watch the video for the Waco Brothers’ “Going Down in History” featuring the same rhythm section that plays on Jon’s solo work that we talk about. Here’s a trailer for the Revenge of the Mekons

film. Here’s the Three Johns live and here’s the one album by Jon’s 1993 band with Gary Lucas, Killer Shrews