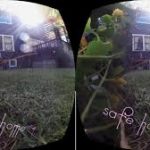 On NEM#15, Craig introduced us to his songwriting style: How a hardcore aesthetic informs even his most syntho creations, and how whimsicality and beauty can coexist harmoniously. Craig has since then released the Adult Desire album, and returns to talk to us about the song “Safe Home/Fadeland” and about the Adult Desire 360 VR application. Intro: “Amnesian Wedding March.” Outro: “I Was a Soldier.” Visit craigwedren.com. 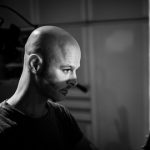